Creating a sense of distinction

A new real estate company from Belagavi was about to come up with its signature project and called upon us to help them define their offering. The easy option was to do what was prevalent in the market, where a brand led approach was hard to find. But the vision differed and it called for a different approach. The founder through his offering wanted to build a legacy, one that would create a sense of distinction and generate preference amongst his audience. He had already developed the project keeping in mind the minutest of details and ensured that the product is better than what was offered in the market. Care was taken to bring in a sense of lifestyle into the design and amenities offered as he wanted to be synonymous with being the provider of ‘lifestyle’. He had set his benchmark high and we had to represent his vision through our work. 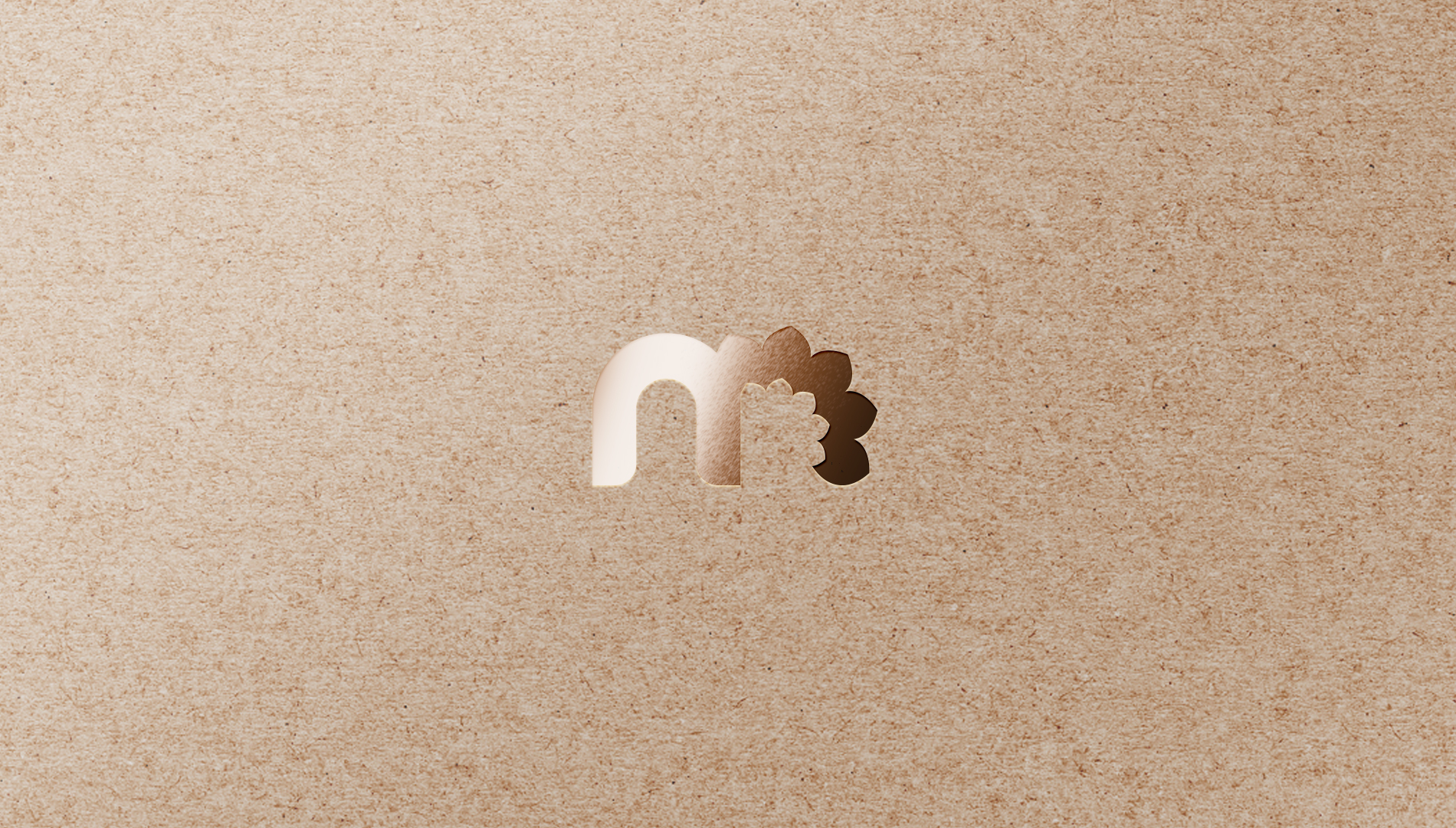 CONTEMPORARY YET EMOTIONAL
The name 'Madhukamal' represented the first names of the founder's parents and therefore brought in a strong sense of emotion into it. We strongly believed that by retaining the value resonance we could surely create a contemporary rendition which could depict lifestyle. The form was created to replicate a solid 'M' that stood for confidence and determination, while the 'lotus' inspired motif brought in the values, emotions and the aspect of relationships. 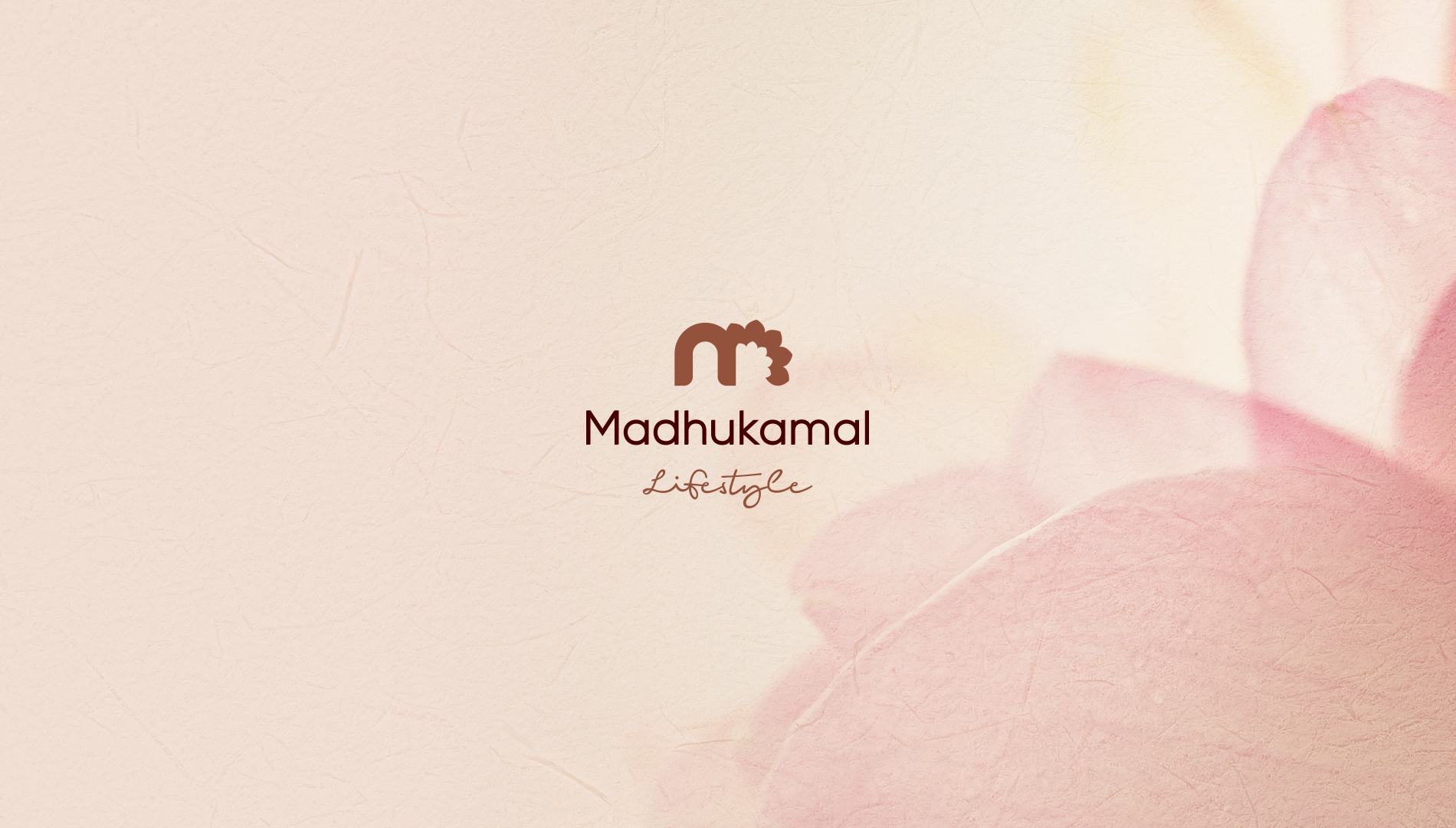 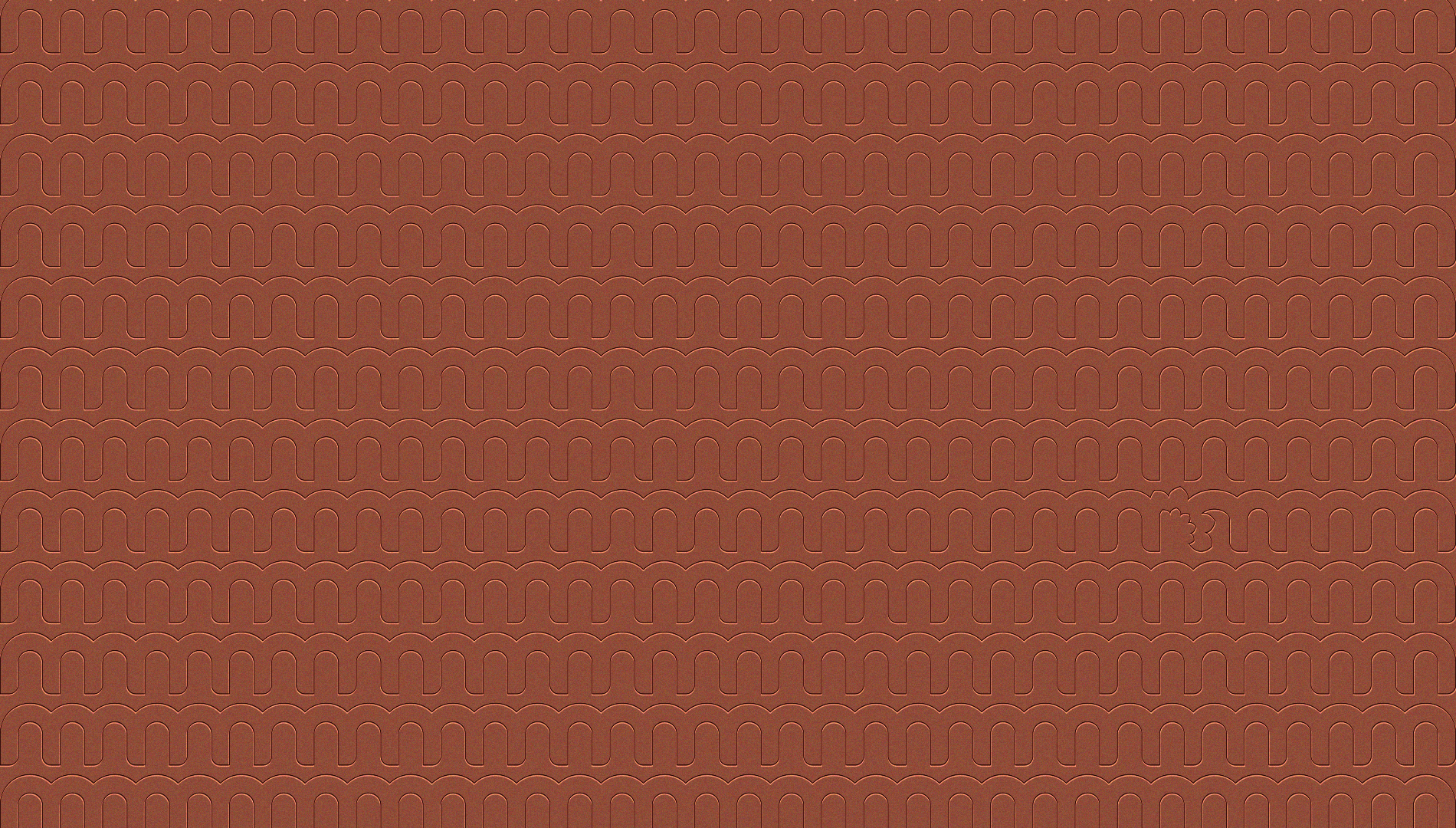 The design language was further created to bring in a sense of balance and design. 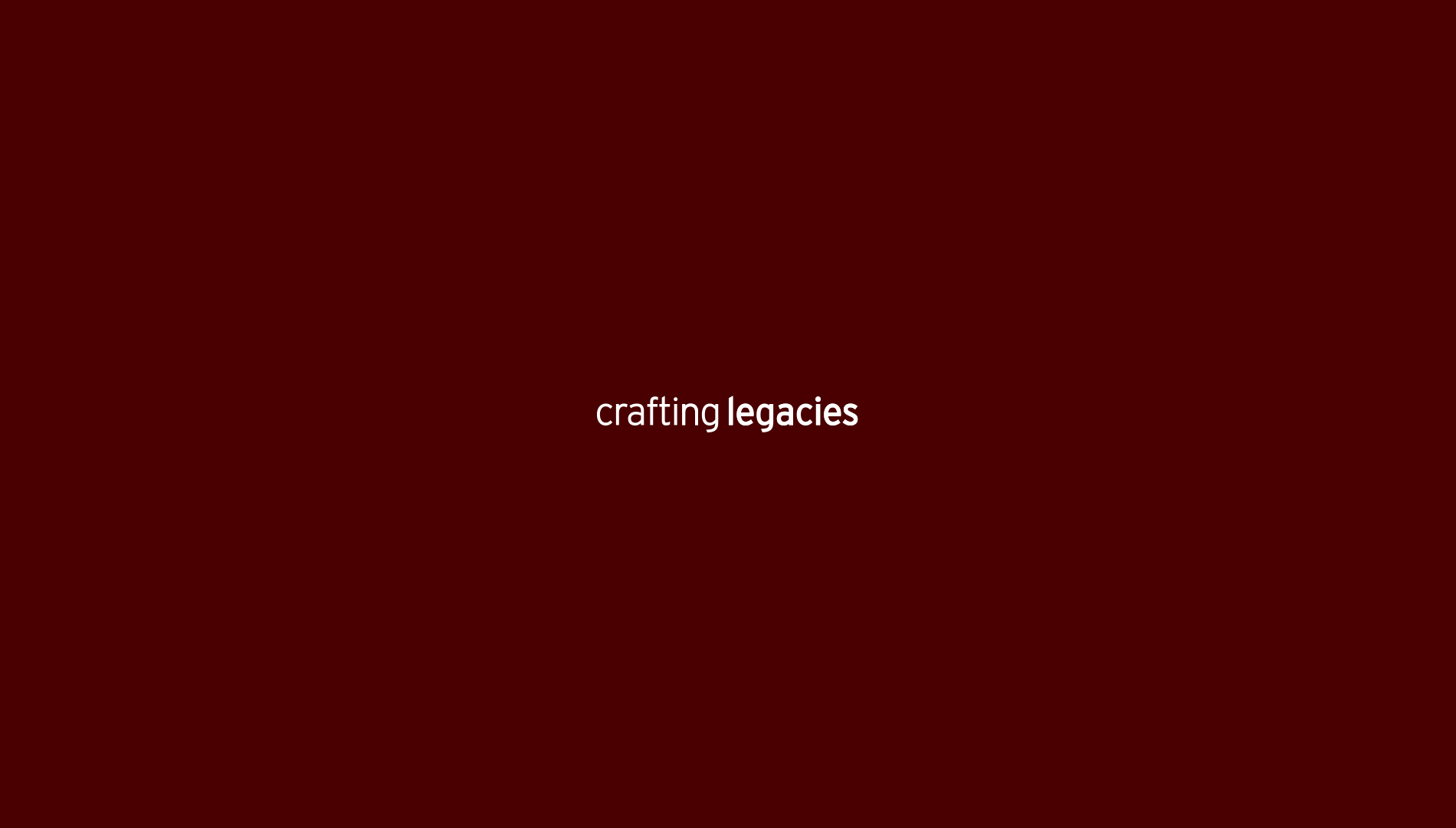 'Crafting legacies' was again a positioning that resonated with the higher objective and reinforced the vision this company wanted to pursue. It was more than commerce, it was about setting new benchmarks. 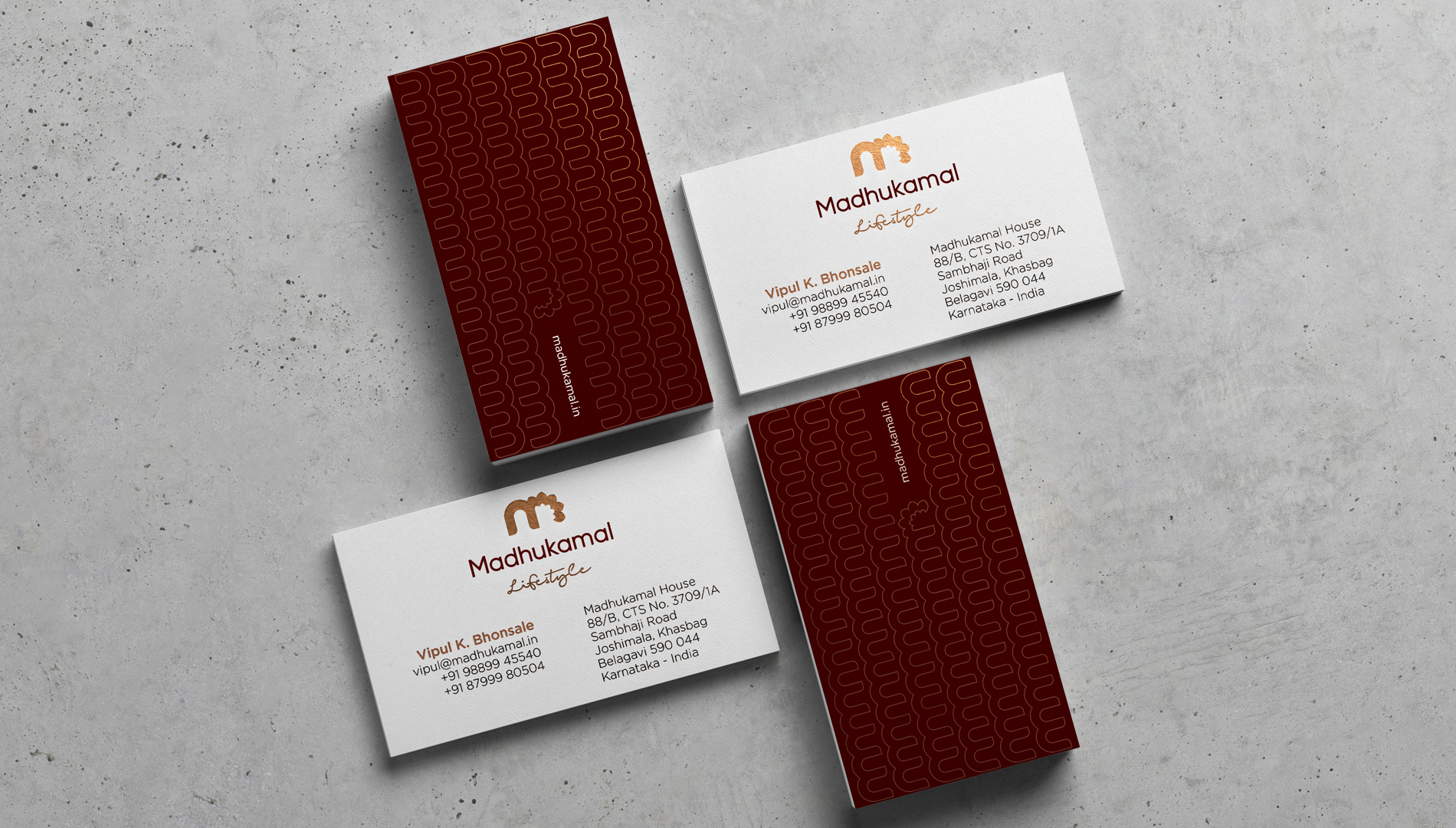 The design language was carried forward across all the collaterals and brand touch points. 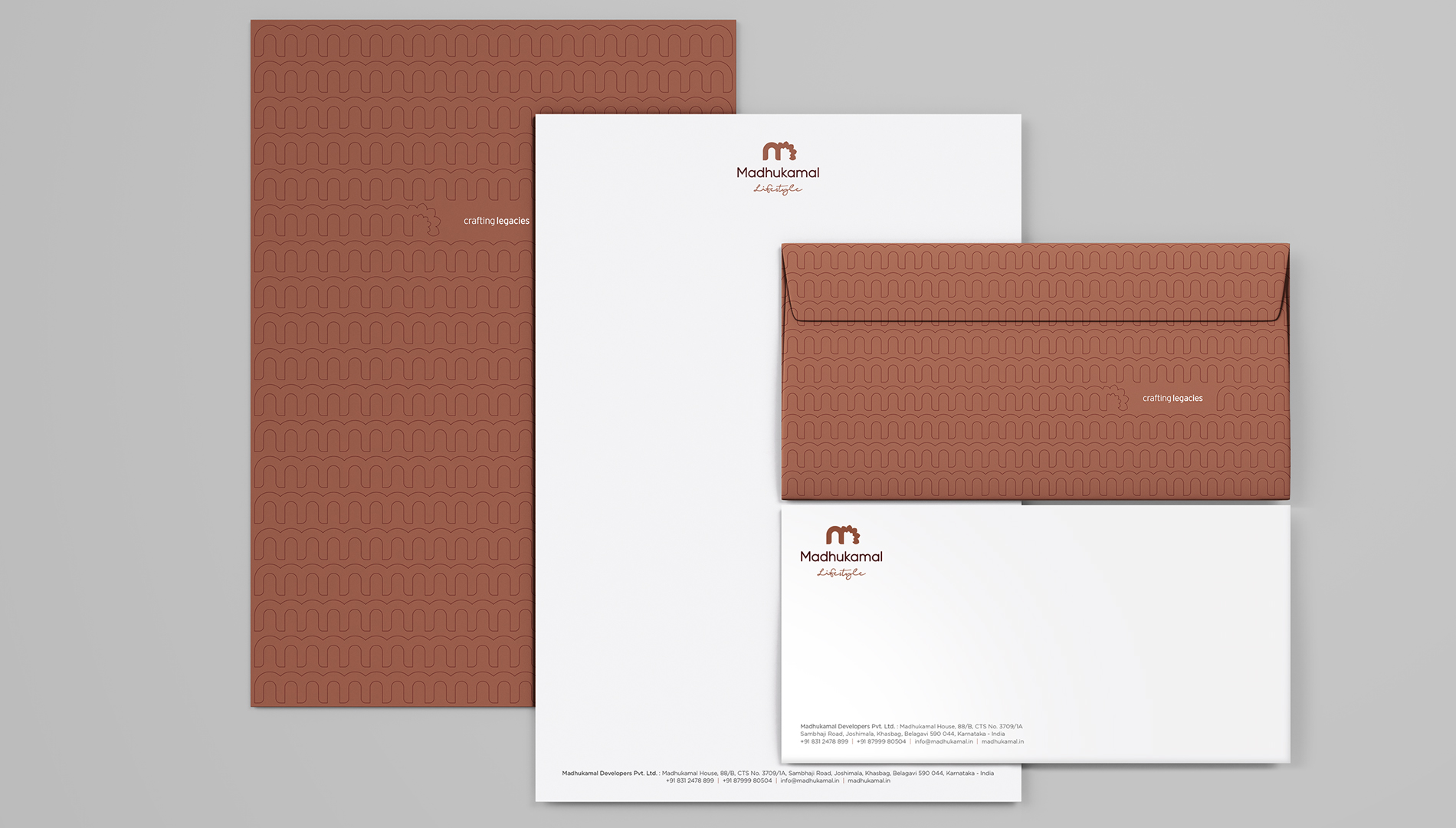 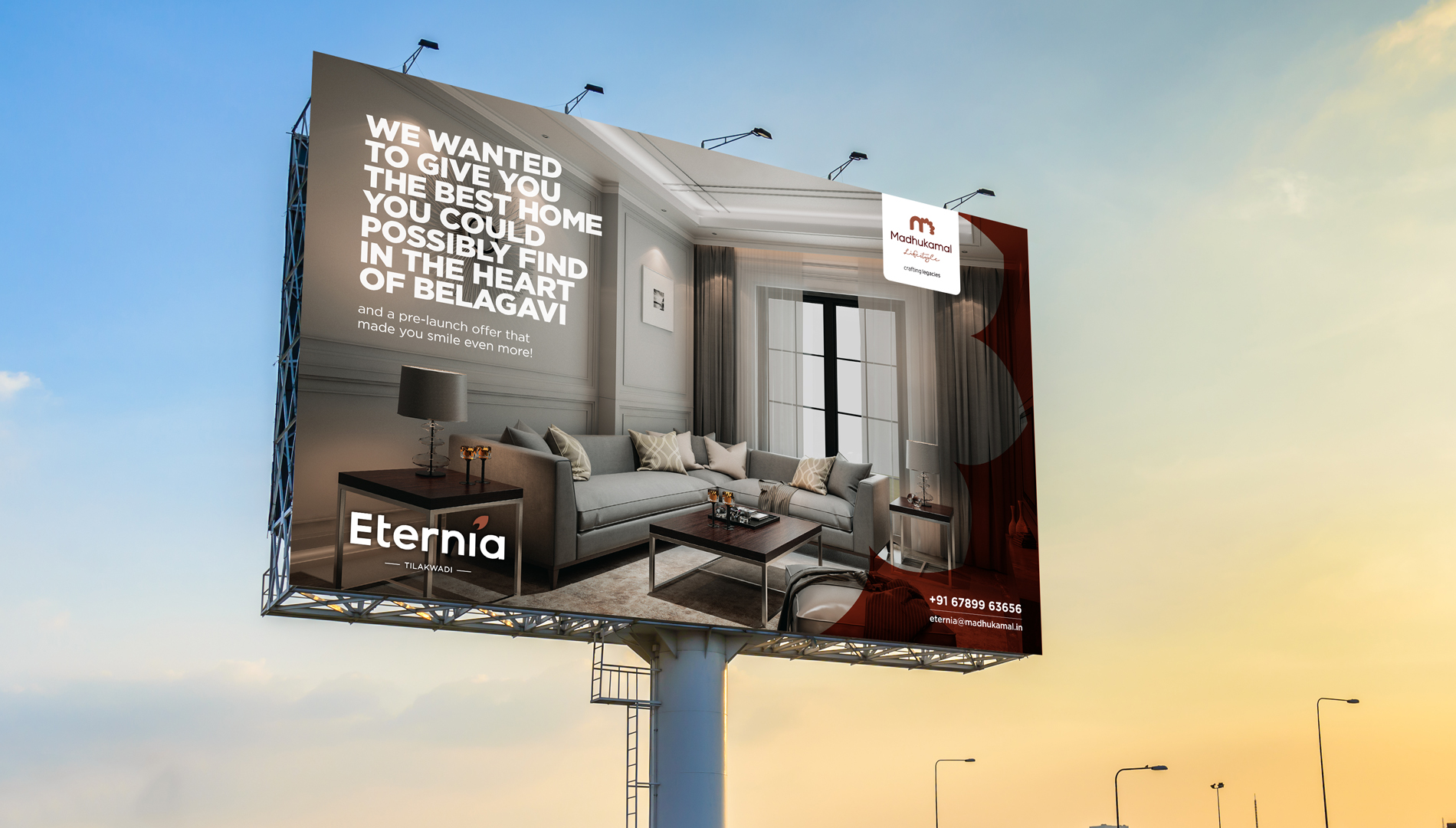 It was subsequently extended to communication design and messaging across various platforms. 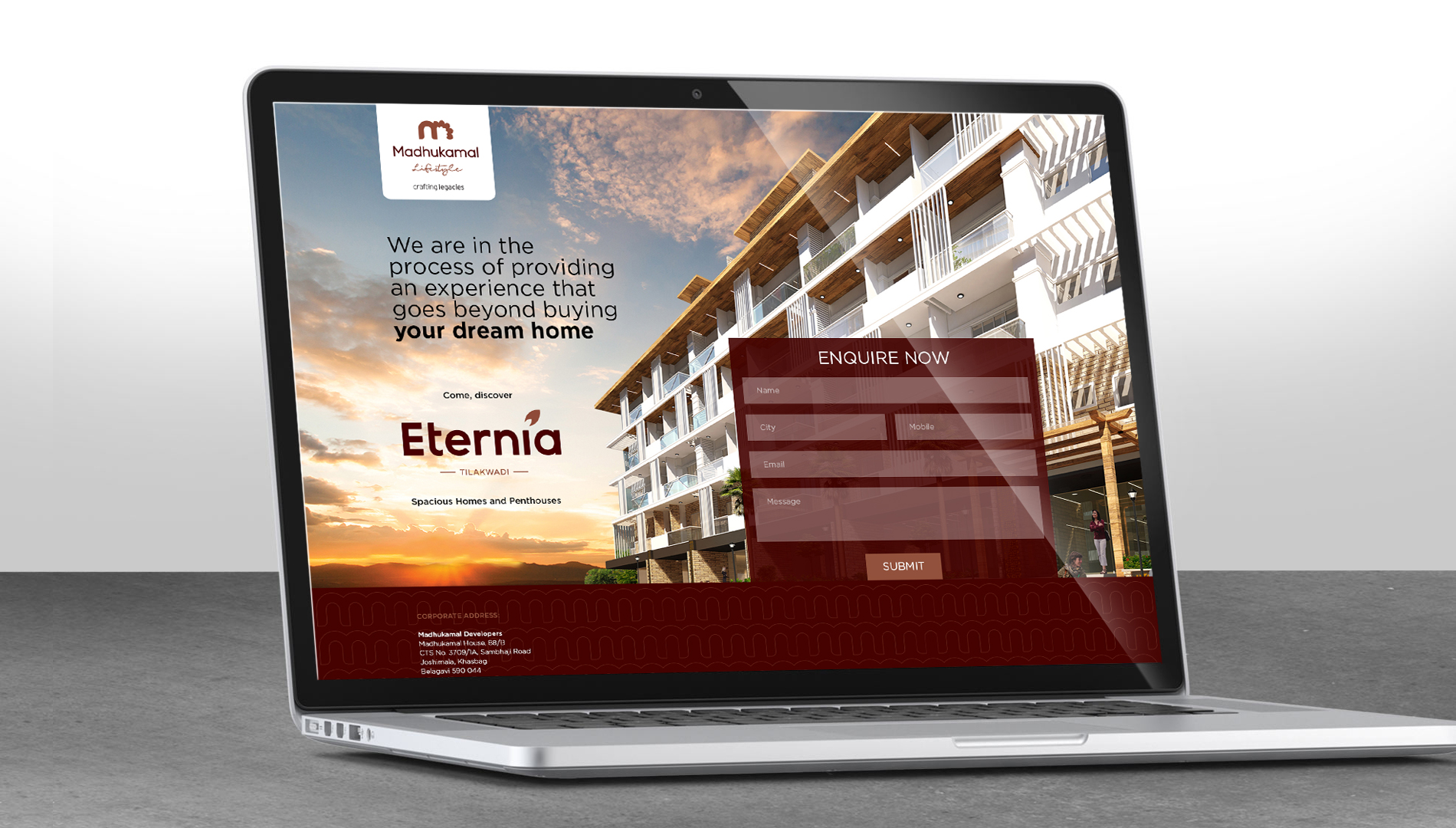 'New can also be different' is the objective that was achieved and this exercise gave the company the head start they needed to make the most of the opportunity.